THE PACIFIC UNIVERSITY
A private, fully-accredited four-year liberal arts University that encompasses an undergraduate College of Arts and Sciences, with many events and things see and do.  With a rich history to build on and a strong future ahead, Pacific University students enjoy a rigorous academic experience, professors who love to teach and a warm, friendly atmosphere....Visit Website

HENRY HAGG LAKE
Henry Hagg Lake is nearby and is a 1,200-acre reservoir that provides excellent fishing opportunities for a variety of fish species. Park facilities include two boat ramps, several picnic areas, a handicapped fishing dock, and a network of hiking tails. It is closed during the winter. The Oregon Department of Fish and Wildlife stocks the reservoir with rainbow trout along with excess steelhead fingerlings, Smallmouth bass, bluegill, yellow perch, black crappie, brown bullhead....Visit Website

GOLF COURSES
There are many other local activities to enjoy as well such as golf courses, gift stores, fine restaurants, nature & trail hiking, shopping, and of other recreational activities...Visit a Golf Course

LOCAL WINERIES
These local wineries are a wonderful places to visit and provides a wonderful drive in the wine county and a chance to take in the local wine culture of this area and Washington County.
Visit a Vineyard

OREGON AIR SHOW
The Air Show has been the State of Oregon's largest aviation event since 1988. This outstanding community event is one of the largest charitable events in Washington County and draws an average of 75,000 people to the Hillsboro Airport each year. The Air Show provides financial benefits to non- profit organizations and charities throughout Hillsboro, Washington County and Oregon...Visit Website

HILLSBORO FARMERS MARKET
With nearly 200 different vendors throughout the season, you can find almost everything you need from farm fresh produce to amazing processed foods, it's all here at the markets. Discover the special events happening nearly every week throughout the season. Cooking demonstrations, activities for kids, multi-cultural events are only a few planned for the year!....Visit Website

GENERAL INFORMATION
Forest Grove is a city of approximately 22,500. It is  located 24 miles west of Portland, Oregon. It is a vibrant metropolitan area with a population of 2 million. Surrounded by the rich and productive farmlands of the Tualatin Valley, Forest Grove offers urban amenities in a striking rural setting. Forest Grove is located at 45.520 degrees north latitude and 123.109 degrees west longitude.

History:
Home to the Tualatin tribe, the site of Forest Grove was settled by pioneers in 1840. Pacific University was founded in 1849, making it one of the oldest educational institutions in the western United States. The City of Forest Grove was incorporated in 1872. The City was named for a large grove of Oregon white oak situated on a knoll rising over the Tualatin Plains. Forest Grove has been designated a Tree City USA every year since 1990. Its community forest is noteworthy for its fine stands of white oak, its groves of Douglas fir and stately giant sequoia. Though not native to Oregon, giant sequoia seeds were brought into the area from California by pioneer John Porter over a century ago. The Oregon Department of Forestry has verified that Forest Grove contains the largest giant sequoia in Oregon. Located at the corner of Pacific Avenue and B Street, this tree is 32 feet in circumference, 152 feet high and has a crown averaging 70 feet in diameter.

Climate:
Due to its close proximity to the moderating influence of the Pacific Ocean, Forest Grove enjoys a mild climate with few extremes of temperature. In January, the average daily maximum temperature is 45.0 degrees, with an average minimum of 32.4 degrees. In July, the average daily maximum is 82.2 degrees, with an average minimum of 51.8 degrees. Annual precipitation in Forest Grove is 44.58 inches. In an average year, roughly half that precipitation falls during the period November 1-January 31st. January is the snowiest month with about 9 inches falling in a typical year. Spring begins early, with the first buds appearing by the beginning of March. July and August are usually the driest months, each averaging less than 1 inch of rain. 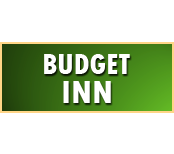